This site features my work from 1985 to the present day in Children's Media , Comics and Magazines together with Toy Industry Product Photography , Advertising Toy Photography , Supermation RetroArt Images , Miniature Set Design for Exhibitions and Displays ,

This latest website for my work has received over 190,000 viewers since it was created in 2016 and currently receives over 2600 viewers each month to see my latest images .

I APPRECIATE YOUR INTEREST IN MY WORK.....

ACTION AND ADVENTURE AT THE BOTTOM OF THE SEA IN RICHARD DIXON'S FANTASTIC STORYBOOK SERIES SEASTAR 5 INVADERS FROM THE ABYSS......A TPD STUDIOS PRODUCTION....MADE IN BLACKPOOL , LANCASHIRE , ENGLAND......

Above images....The hardback SEASTAR 5 INVADERS FROM THE ABYSS......

......One man will make a mystery close encounter of the third kind with a Princess from another world , that we know nothing about , which has existed beneath the sea for a very long time....a meeting that will change his life and lead him on a journey of destiny beyond the imagination for ever....Is the truth to mankinds ancient existance on this world of ours really to be found at the bottom of the oceans .....find out when Richard Dixon's SEASTAR 5 INVADERS FROM THE ABYSS launches in storybook supermation in a few weeks......

FOR MORE INFORMATION ON THE RELEASE OF SEASTAR 5 INVADERS FROM THE ABYSS....PLEASE CONTACT THE STUDIO FOR RELEASE DATES ON AMAZON KINDLE .

A NEW SCI-FI FANTASY PRODUCTION FOR 2024 From the Past , through the Present , to the Future

My work career in visual media started in 1970  when I created RICHARD DIXON PHOTOGRAPHY following a College Photography Course in Blackpool , Lancashire , England .

I entered the World of Toy Photography in 1988 and added Children's Comics and Magazines  to my work with the setting up of the TOY PHOTO DESIGN STUDIO BRAND in the following years , which eventually became my operating media brand today of RICHARD DIXON TPD STUDIOS .

Over the next thirty three years my work in the Toy Industry and Children's Comics Photographic Illustration was carried out under my TPD STUDIOS BRAND , across seven production studios of different sizes at various times all based in and around Blackpool and Preston , Lancashire , England .

Today my Brand " RICHARD DIXON TPD STUDIOS" , Photography , Miniature Set Production Design and Model Making is still designed and created in the north west of England , at a number of studio locations where my current productions are based which I hire when studio space is required .

My visual media work has appeared over all these years across England , Europe , United States of America and around the world .

The two previous websites for RICHARD DIXON TOY PHOTO DESIGN and RICHARD DIXON PHOTOGRAPHY have been brought together under RICHARD DIXON TPD STUDIOS with all my Toy Industry work since this current site was created in  2016 to provide a showcase site for my work covering most of the last thirty five years .

This studio website has now received over 190,000 viewers , with over 2000 visitors  to the site each month looking in on my latest work creations .

My Toy Industry Advertising work has featured across many leading products over the years.......

Selling over 700,000 copies of the Summer and Winter Specials for the Action Man Comic .

In the Greetings Card Industry I created seven very successful supermation style Action Man Birthday Cards designs for the UK based Company GEMMA CARDS , together with realistic photography of Action Man for the Book Annuals published by PEDIGREE BOOKS .

My Exhibition Photography Media Advertising work has featured in the promotions for Gerry Anderson's "SPACE CITY EXHIBITION" and also BBC Television's "DR WHO EXHIBITION" in Blackpool , Lancashire , England in the nineteen seventies .

In 2012 - 2014 following on from my work with Marvel Comics UK , Action Man Photostory Specials , I started the development work to create my own new SUPERMATION PHOTOSTORIES CONCEPT for an original story idea that would be made at my studio in Lancashire , England .

This new direction for my studio would be created over a six year period alongside my normal Toy Industry Advertising Product Photography .

The new concept would eventually move into SEASTAR 5 , following a pilot production photostory called SEASTAR ONE .

This work was featured in UK Film - TV Media Magazine "INFINITY" in three separate Editions and on their magazine website since 2017 .

These all featured my original Photostory Series Concept "SEASTAR 5 INVADERS FROM THE ABYSS .

The original model animation work on the series was done at TPD STUDIOS in Lancashire at a number of studio locations .

We also carried out extensive beach photography for the series at Cleveleys Beach near Blackpool in Lancashire .

The same Cleveleys Beach which was used for the new STAR WARS DISNEY + TV SERIES ANDOR used for its locations in 2021.....

My SEASTAR 5 STORYBOOK SERIES was there first from 2014 to 2016 to film beach scenes for the fifteen parts for SEASTAR 5 story series I created in 2012 .

More locations for SEASTAR 5 were used on the Indian Ocean Island of Mauritius , including beach scenes and other landscapes which formed background images for the series .

The undersea sci-fi fantasy adventure series has also been featured since 2016 on a further twenty media sites across the web in a promotional model animation presentation version .

In 2022 a new version of SEASTAR 5 INVADERS FROM THE ABYSS  inspired by the original story concept has now been created in a supermation images retroart adventure format .

It will appear on the Amazon Kindle digital download platform in a few weeks time with the first storybook release of the undersea saga .

The remaining parts of the Supermation SEASTAR 5 Adventure Series will release a further five storybooks over this year and into 2024 on the same Amazon platform to complete the undersea saga.

As Production Designer Miniatures on these two movies I have finally achieved a childhood dream of one day working on feature films in the UK .

The movies are currently in production with live action filming and special effects work being carried out in England during 2022 and 2023 .

Preview images for some of these miniatures can now be viewed on this website .

My studio continues to create Advertising Product Photography for the Toy Industry together with my Children's Anime Supermation Story Book creation of "STEAMBOAT JACK" which is in production development for 2024 .

If you have a project and would like a quote for advertising product photography , model making set design or miniature production design in a movie , please email the studio we would love to hear from you .

Thanks for reading my history......

PREVIEW IMAGE...FROM SEASTAR 5 INVADERS FROM THE ABYSS - STORYBOOK FOUR....DUE OUT IN 2024 FROM RICHARD DIXON'S STUDIOS

SEASTAR 5 STORYBOOK 4 IS CURRENTLY IN PRODUCTION FOR A 2024 RELEASE ON AMAZON KINDLE .

A NEW SCIENCE FICTION FEATURE FILM MADE IN THE UK BY SIMON COX....NOW IN PRODUCTION......

MODEL SPACECRAFT MINIATURES BY RICHARD DIXON FOR OF INFINITE WORLDS...... 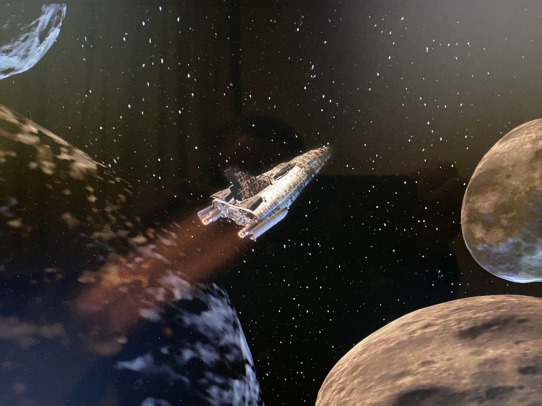 Welcome to a preview image for " STEAMBOAT JACK "....

Written and Created by Richard Dixon 2021 .

Based on my original television Animation Pilot story concept for BBC TELEVISION in 2021 this latest expanded version of the story has now moved forward into a full SUPERMATION RETRO IMAGES STORYBOOK SCI-FI FANTASY adventure storybook presentation release for 2024 .

More details on this new Anime Supermation fantasy sci-fi story will be released to the website in 2023 . 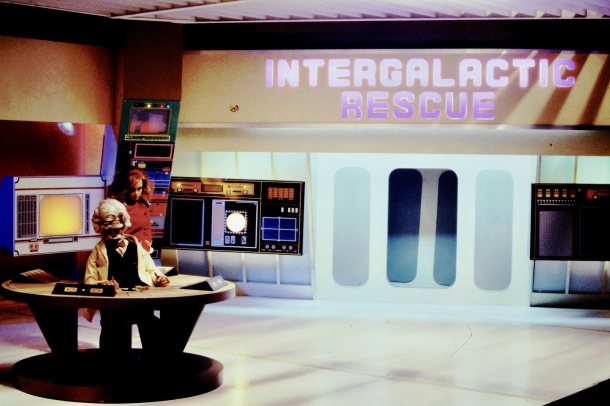 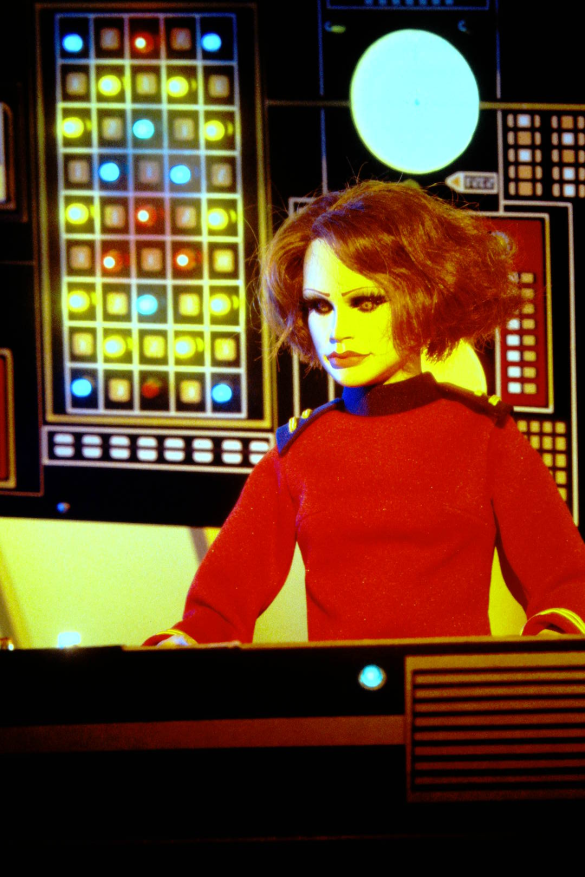 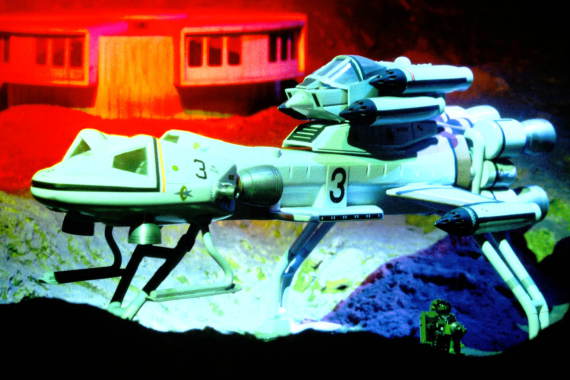 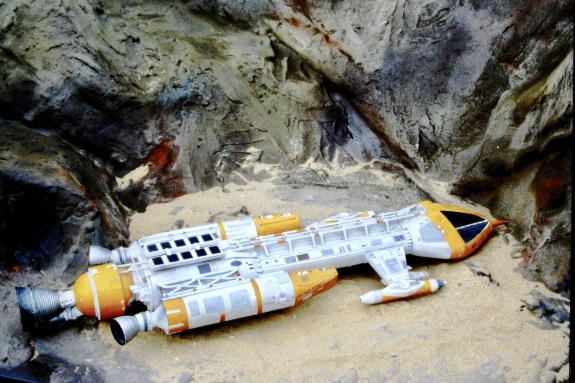 Photography by Richard Dixon for ITC / EMI Exhibitions in the 1970's  . 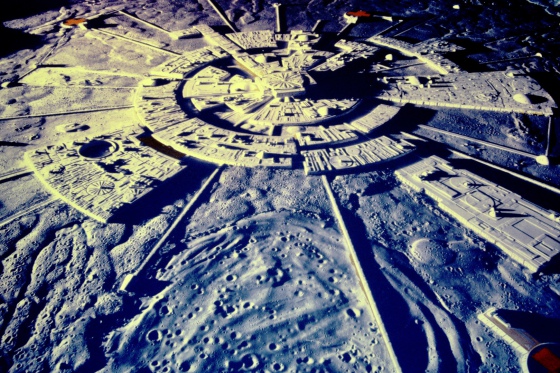 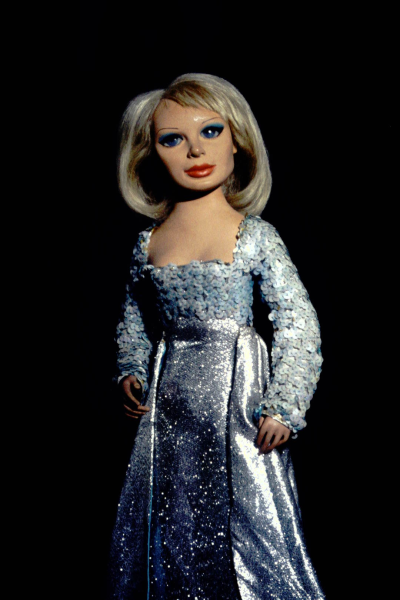 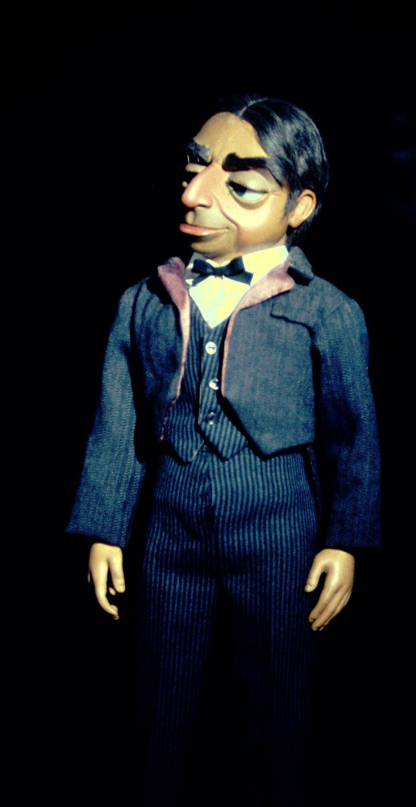 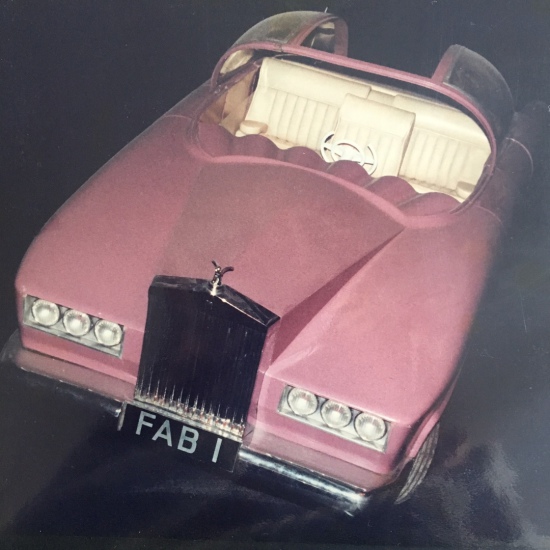 The Tales of Sinbad the Sailor.....a Re-imagined Supermation Story Book Series based on the Arabian Nights Stories of Sinbad created and designed by Richard Dixon's TPD STUDIO's....2019 - 2020 .

A SELECTION OF MY PHOTOGRAPHY WORK CREATED FROM MANY YEARS WORKING ACROSS THE TOY INDUSTRY AND CHILDREN'S COMICS / MAGAZINES IN ENGLAND .

THE MAJORITY OF THE WORK FEATURED HERE WAS DONE AT MY STUDIO BASED NEAR BLACKPOOL , LANCASHIRE ON THE FYLDE NORTHWEST COASTLINE OF ENGLAND . When the BRATZ were launched in the UK , Titan Magazines asked me to come on board and create photography with model sets for their Bratz Magazine . I worked over a period of six months to create a selection of images for covers and posters in the monthly magazine published in London with the full co-operation of MGA TOYS USA . I created a selection of magazine feature style images of the full range of MASK Toys , together with some animated promotional film items toward the end of the MASK Toys in their final years on sale . These images were featured in some newspaper articles  in the north west of England . In the GI JOE and ACTION FORCE Toy Ranges launched in the UK by Hasbro Toys my photography and model set designs were used for advertising images which appeared in the Children's Comics published across the UK in the nineteen nineties . 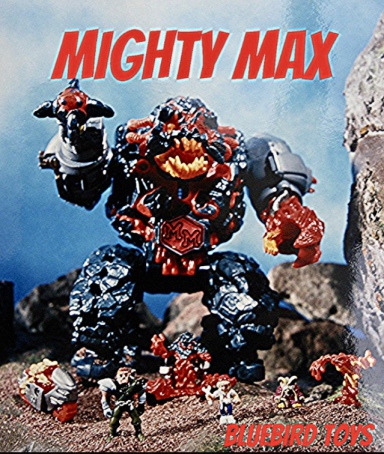 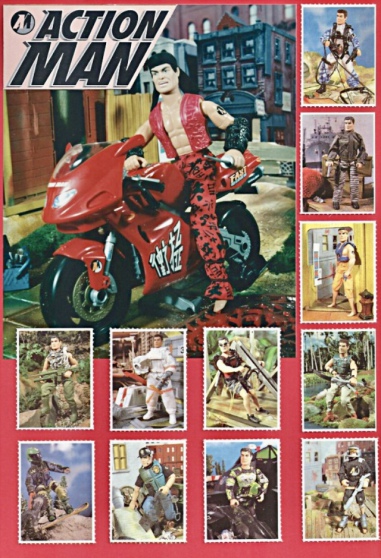 Please explore the rest of the website to see some more amazing images....